This was a crazy week.  We were flooded once again.  It was quite disheartening.  But it is over and we haven't lost too much property this time.  We might have to tear up all the sub floor in the basement but what are you going to do.

I also missed out on a trip to the Adirondacks that I had been looking forward to for a long time.  But in not going, I had extra time to bond with my son (who was a TREMENDOUS help at 1:00 AM on the first day of the flood) and got to hang out with one of the guys (and his wife) who was supposed to go on the trip but he stayed behind, too.

At about 4:30 AM on the first day of the flood, Nan convinced me to empty the bottom drawers of the file cabinets that hold my comics.  The image of us bringing stacks of comics, eventually totaling over 1600 books, to lay out in an upstairs bedroom, kind of makes me chuckle now.

So after things calmed down, I spent some time prepping for Parent Teacher Conferences tomorrow, got some reading done for my Masters class this week, and took some notes for the next round of contract negotiations.  It seemed like a good time to reward myself with a trip to Earth Prime Comics and grab some books.

My last trip had been January 3, so I did not expect to have a lot waiting for me.  I was so very wrong!  But reading comics tonight and entering them into my database has been fun.

It has also brought me to TWO milestones tonight!  I entered "All-New Wolverine" #5 as the 9,000 comic in my collection. This is my threshold number.  This means I am going to cull some stuff in the next few days to keep the total low.

The second milestone is that issue contains my FIRST printed letter to a comic book!  I had sent an e-mail in to the editor after reading issue #3 praising the book and it got printed!  Around the same time, I was moved by a different comic to thank the creator on Facebook and HE wrote back to me!

All in all, not a bad way to end a disappointing vacation!

So if you read my wife's post on her website, Hungry Enough To Eat Six, (she has been giving me updates on the number of folks who have tried clicking over from her site to see my comments) you'll know the movie we watched this month is the Jon Favreau vanity project from 2014, "Chef".


After directing the first two Iron Man movies and producing the third, along with both Avengers movies, Favreau had, what I've often heard referred to as, "F you money."  I am not writing that in a dismissive way.  He had enough money to get this movie made.  He had an idea, researched it, wrote, directed, produced, and starred in a movie he truly believed in.

And it is not a bad movie.  It's just not my sort of movie.  It was enjoyable.  The soundtrack was fun.  But the movie is flat.

For me, the gist of the movie is as follows:  a relatively happy chef, Favreau, working at a dream job, suddenly realizes he is somewhat stifled creatively working for Dustin Hoffman.  This comes to a head when a food critic is dismissive of his current work.  The chef gets disproportionately upset by this, sleeps with Scarlett Johansson, and flies to Miami with his ex-wife (Sofia Vergara) and their son to rediscover what he loved about cooking.  Once in Miami, Vergara has her other ex-husband, Robert Downey, Jr., bankroll Favreau's mid-life "crisis" and allow him the chance to reconnect with his son.  The movie ends with the critic returning to visit Favreau and bankrolling a NEW restaurant for the both to run....and Favreau remarries Vergara.

Aside from a scene where the son burns a sandwich and is, at first, somewhat dismissive of the burned sandwich, this movie is relatively free from strife.  There is no real change to any of the characters.  The movie feels like it is missing its second act.  There is no conflict.  Every misstep by a character is rectified almost instantly.

I was also bummed because by trimming some of the language, this would have been a great movie for our "Family Movie Night".  I love the things my son and I share in common and those parts of this movie resonated for me.  But I can't share the movie with him because it was unnecessarily crass.


Here are my three clues for this month's movie!

1)  Of the first ten actors credited in this movie, eight have had roles in movies based on comic books or comic strips...but this is NOT a comic book movie!

3)  The star of the movie (who also wrote, produced, and directed the film) says this film was loosely inspired by the owner of the Kogi Korean BBQ food trucks of Los Angeles.

I have fallen off the blogging wagon and am not following through on the theme for this month's hop.  I am not a good blogging co-host.

Instead, I will share ALL of the movies I watched last weekend.  I spent last week in Doha, Qatar visiting some schools and attending an education summit.  The flight home allowed me to watch ALL of the following movies.

My current flickchart rating is under each image. I currently have 1,209 movies on my flickchart list.

Only The Prestige and The Social Network were repeat viewings.  All the others I was seeing for the first time.


If you have seen this, you know it opens with a stunt on an airplane.  This was what I was watching as our plane took off!


If you have seen the marketing for this one, you know it is an earthquake movie.  Watching it while experiencing turbulence added to the effect.  I can't say it made the movie better.

This is a Blog Hop!

I am sitting in the last day of class and received a text from Nan that we forgot to do our posts!

I think everyone figured out I watched Sleepless in Seattle.  It was a big favorite, due to the soundtrack, to watch in the video store back in the day.  Last week, I put it on while I was starting to set up my classroom. 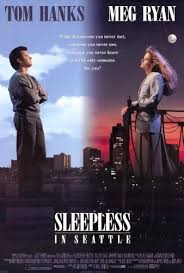 It does seem to be both a relic of its time but still holds up well enough to be enjoyable.

And now I must get back to class!

This is a Blog Hop!

The Smartest People in the World!

Best Sites on the WHOLE interent

MOCK!
Die Hard: With A Vengeance was based on my life so don't mess me.

Hidden
by Helen Frost
This is a book that has grown on me. It is a FAST read. It is told in a very non-traditional way. At first, I thought it was filled with a few too many coincidences and characters that were too "aware" (really not the right word, bu...
tagged: dcf-nominations and poetry

Mystery
by Jonathan Kellerman
Again...meh. Just didn't satisfy me like so many of his novels. Part of it was my misreading certain character's ages but still...
tagged: crime-fiction and mystery